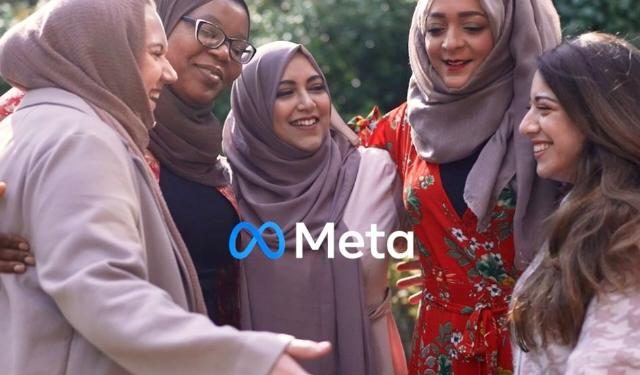 0
SHARES
173
VIEWS
Share on FacebookShare on Twitter
Today is the last day of Ramadan for many of us and as we find ways to mark it, to remember it and plan ahead for habits we hope to take forward, I will look back on this month as the one that brought many new meanings to my life.
I have had the most pressurised first week of Ramadan for reasons I will reveal later. This was immediately followed by my 3 year-old baby having an allergic reaction that lasted a couple of weeks, subsequently followed by me falling down the stairs and injuring myself. It was such a rollercoaster of emotions, trying to juggle everything and feeling that I am not doing Ramadan an iota of justice.
Before Ramadan, Meta’s film production team got in touch. Community Voices is Meta’s oldest film series featuring people using Meta products for good globally.

They highlight individuals and organisations that build communities making a powerful impact and have a followership of 74.5 million people!

They asked if they could film me talking about Muslim Mamas and Ramadan. They wanted people across the globe to know more about our holy month and despite being very uncomfortable with the whole shooting process, I agreed for the Sake of Allah. I couldn’t not do it if it meant that people learnt more about Ramadan and our Muslim community. If I could help change even one person’s opinion about Islam, then it would have all been worth it.

At 7.45 am, the camera crew arrived and work began. They set up the house like a film set and had to take the film in a different angle to the last time they filmed me at home (another interview completed a few months back). This was followed by a one and a half hour intense interview. Luckily, I had gathered my troops (some sisters from the MM community) to take part in the filming! I had so much fun engaging with them, meeting Nana Mamudu and Amani for the first time. Tasneem Abdur-Rashid and Sarah Yataghane, I’ve met already of course. 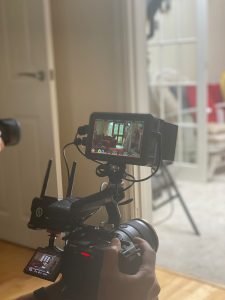 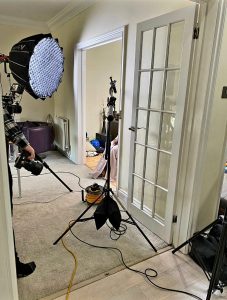 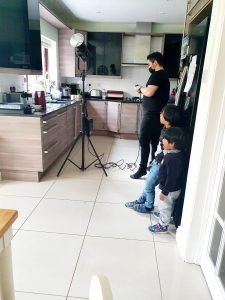 The whole day was intense and ended around 6pm. It included interacting with my children once they came back from school and having an ‘iftar’ tea with them followed by free play in my garden. The weather was beautiful.
I was exhausted at the end of it but compared to the first interview that I did with the Meta film crew, this felt a lot easier on my heart. I guess practice does make it easier. That first time I felt so out of my comfort zone that I didn’t think I could do it again. Alhamdulillah, Allah was with me every step of the way, though I was shattered!
I now have a new-found respect and awe for movies and TV! The sheer amount of work and detail that goes into it, we cannot even guess at.
The team was respectful, patient and so accommodating alhamdulillah. The number of times I tangled over the dropped mic taped to my chest and strapped around my ankle under my dress and almost tripped. No one would have ever known, ha! I will admit, I felt a bit like the Muslim Miss Congeniality with my ‘anklet’, like a weapon strapped to my leg. 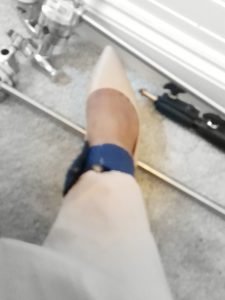 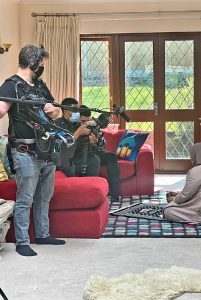 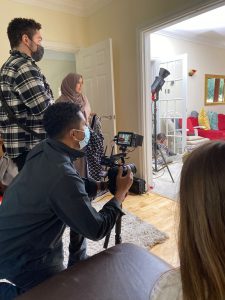 It was amazing to see how the producers and directors were remotely controlling everything from their California HQ, from the lighting to the angle to every second of the hours of filming, even when we were in the garden. They could see and hear more than we could! Truly like Big Brother!

Ten hours of filming straight for two and a half minutes. Subhaanallah, may Allah accept it from us all.

One thing I want to mention, afterwards, I had the film crew say how moved they were regarding Muslims and our mamas community. How they didn’t know about Ramadan and how we celebrate it etc. The challenges we face. One gentleman in particular took some time to ask more questions and genuinely seemed to have so much respect for us and our community.
A lot was filmed and discussed, which doesn’t show in the final cut but alhamdulillah, the crew here and the team in California and whichever team did all the final editing, would all have learnt something new, heard the message of Islam, and the message of you beautiful mamas.
I was so worried and nervous about this film coming out. Did I do justice to my hijab? Did I do justice to the deen? Did I do justice to our mamas? (I intentionally wore something light to show Muslims are not all dressed in black). I was so nervous about Nargis Jahan-Uddin and the rest of the team seeing it, let alone my family and friends. When Nargis watched it with me though, she was in tears. She moved me with her emotions and humbled me too. She told me how touched she felt watching this and how beautifully our MM community was represented; what we do together and why we do it.
With the recent FB glitches reposting posts from when the closed group started ten years ago, I was able to witness the birth of MM first-hand; watching a piece of history write itself in real-time with Nargis’ first post and all those mamas joining. It truly was surreal and I felt honored that I got to witness it. I can only guess at how Nargis must have felt watching this film – the community she birthed came to life in more ways than one.
Alhamdulillah, it has been a humbling journey and I hope you also feel warmth and love when watching this through. This is for all of us mamas

. Make dua for us all, may Allah protect and preserve us. Ameen.

We would love your support!

Please do react and share it via Meta’s FB Page, leaving some feedback directly on there. It would really show support for our community. The link to Meta’s facebook post is here.

You can also see the film in these places:

Trying To Conceive? Read This by Shabnam Nazeer

A Collective Dua to Begin 2022