Sharing my influences and experiences

by Tasneem Abdur-Rashid
in British Muslim Bloggers, Featured, Life As we Know It, Muslim Spotlight
0 0
0 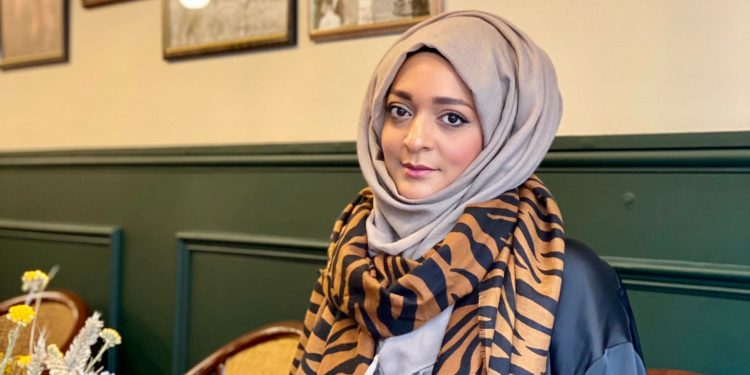 There’s been a lot of talk about influencers recently, and not doing things – especially Islamic things – because you’ve been influenced by someone else.

Well, growing up in London eons ago, my biggest influences were my mum and sister. My mum started wearing hijab after she went for hajj when I was four years old. Before this moment, my parents weren’t particularly religious. My older sister started wearing it when she was twelve. I was only eight, but I was overcome with jealousy, seeing my mum and sisters belong to a club I wasn’t part of. They looked so beautiful and special and I knew they wore it to be closer to Allah, so I fought and fought until my parents gave in and let me wear it too.

Looking back, I’m not sure it was a good idea to wear it so young… but at the same time, I don’t know if a parent should discourage their daughter if she was that insistent?

It was 1991. Finsbury Park. North London. I was one of three Muslims in my class. The others were non-practicing. The first day I walked into school, wearing my white cotton scarf with pride, Jamie pulled it off. Abdessalaam, a Moroccan boy, teased me and told me that my hair had turned white and I looked like an old lady. This, was particularly crushing as I knew he was Muslim too, so I thought he would be more supportive. Abigail told me she would still be my friend, but she liked me more without my headscarf. 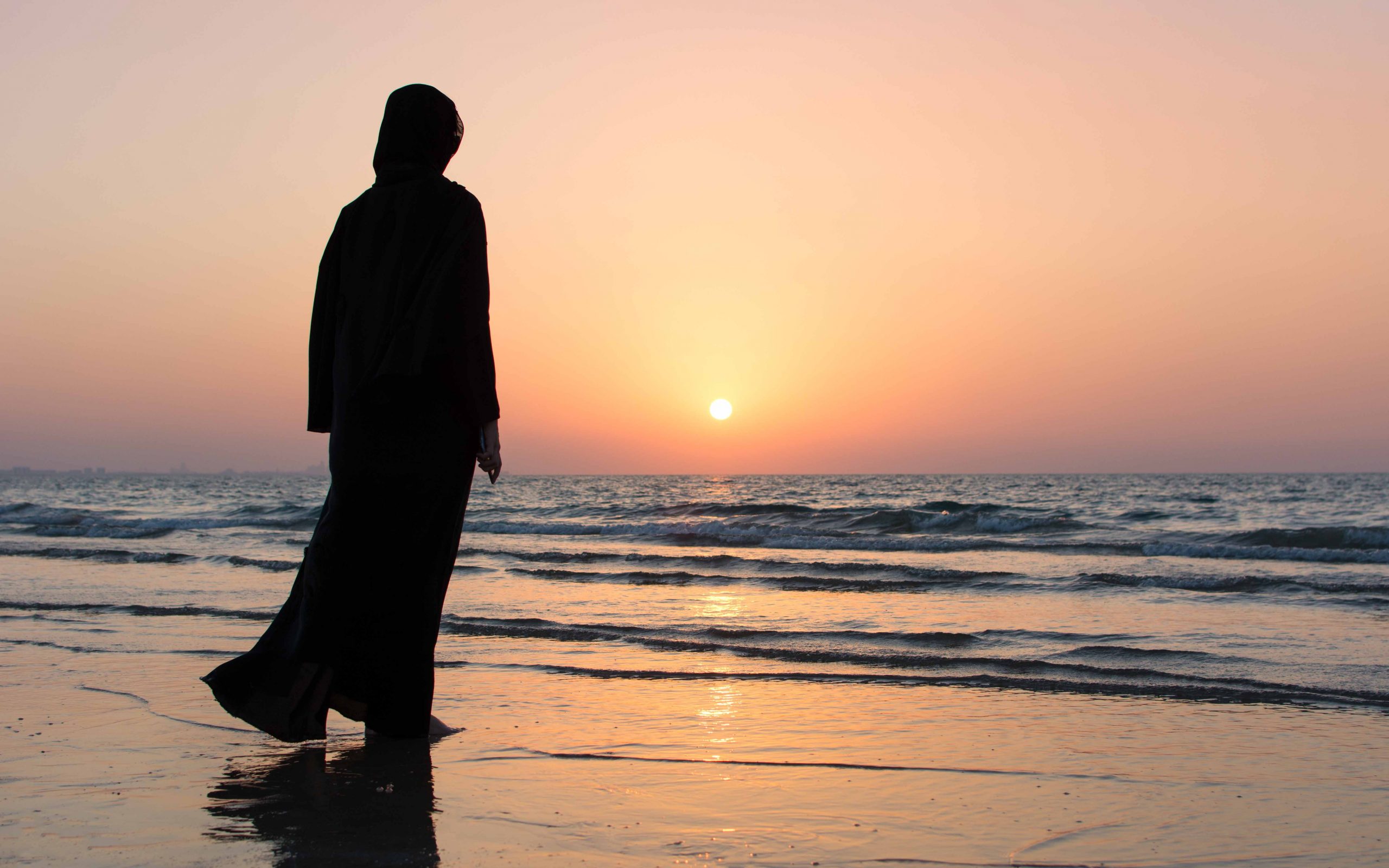 Over the past 29 years of wearing my hijab, there have been countless highs and lows. I’ve been teased, bullied, threatened in the streets. And back when there was no such thing as hijab styling or fashion, when we could only buy that triangular cloth edged with lace from Saudi or Islamic book shops, let’s face it, I looked pretty dire.

For years I wore regular clothes, even short sleeves. I just didn’t know anything better. No one apart from my sister wore it. I do see why having role models and hijab inspirations is important to young people. I would have given ANYTHING to see someone in hijab on TV, or on a poster, or on the Internet. It would have made me feel less like an alien. Even a hijabi friend would have helped, but I didn’t make any until I was fifteen.

One advantage of wearing it so young has been that it has become such a part of me that I no longer know where my hijab ends and I begin. It’s my second skin, my shield, a huge part of my identity. I can’t imagine living without it.

And cons of wearing it so young – it wasn’t until I was 17/18 years-old that I actually understood the true meaning of hijab. That it wasn’t just a scarf to make Allah happy, that we had to be modest in other ways as well.

The sad thing is, it wasn’t just strangers who commented on my scarf, it was relatives as well. All our cousins in Bangladesh thought we were backwards. Aunties and grannies used to tell me to take it off so I would look prettier or younger. They even wondered how we would ever manage to find decent husbands!

I was so shocked when I moved to Dubai and found that wearing really short skirts or having your cleavage out was considered socially and culturally acceptable amongst Muslims there, and you would often see Muslim women in revealing clothes out and about with their family. This also had an influence on me – and I wondered if my ideas of what hijab meant were too traditional? Maybe having a good heart and good manners enough – and it didn’t matter if you didn’t cover?

When I got married to an Arab, I was told my in-laws would find me ugly because they were white and I was dark. I was so different to them that my insecurities reared their ugly heads. But by this time, I’d been wearing it so long I wouldn’t even have considered taking it off. 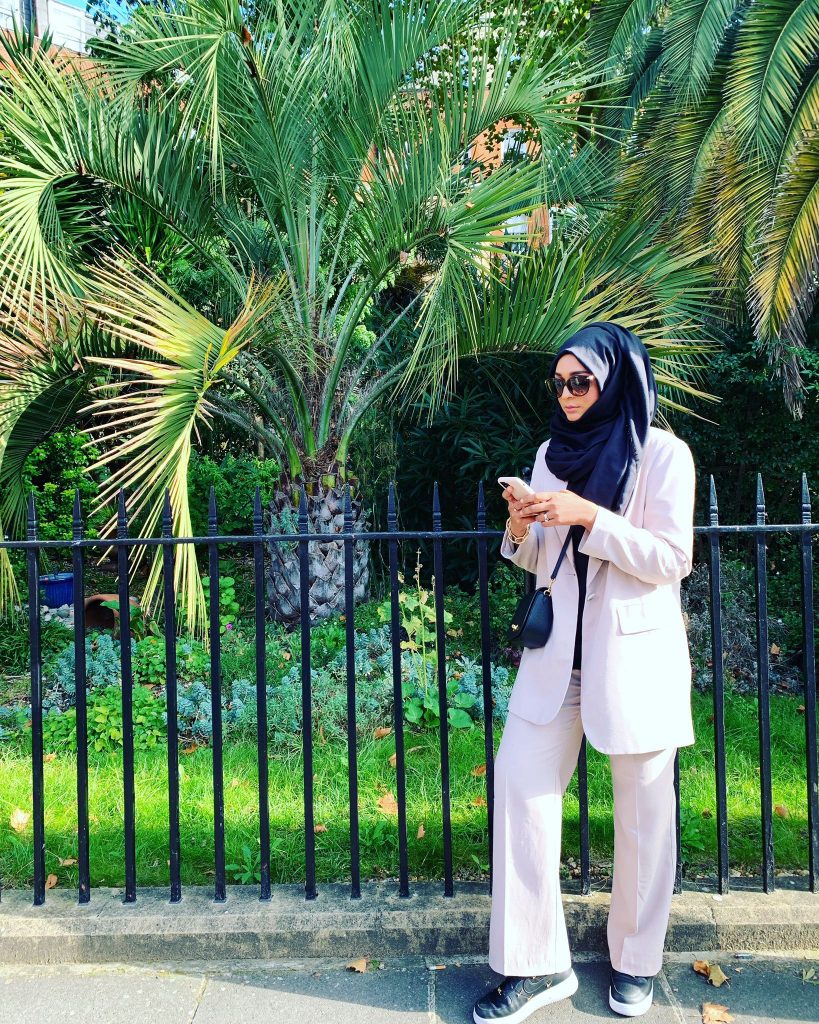 And honestly, when someone takes it off, I do feel sad. Because l don’t believe that hijab has no correlation to imaan. No, it doesn’t define your faith, not wearing it doesn’t make you a bad Muslim, it’s not the sixth pillar of Islam. People who wear hijab can do bad things. But putting it on every single day in a non-Muslim country, IS a challenge, and saying that it means nothing, or isn’t a big deal, puts down the struggles that we, hijabi women, go through every day.

I’m back in the UK now and I’m lucky to live in London which is hugely diverse. But even then, I still encounter racism and Islamophobia regularly. Recent, whilst in South Kensington, a random white man pushing a buggy with a child in it, shouted “F*** Palestine” at me. It hit me like a slap in the face, but what saddened me was that the man was with a child. Was this the sort of language and rhetoric it would grow up hearing?

People like that man only make my convictions even stronger. If I was doubting my hijab and the massive responsibility it entails, then encounters like that make my resolute firmer. Because I would never remove my clothes and dilute my identity just to make other people more comfortable with the way I look.

and on her podcast: http://www.instagram.com/notanothermumpod

Tasneem Abdur-Rashid is a British Bengali writer born and raised in London. A mother of two, Tasneem has worked across media, PR and communications both in the UK and in the UAE. Today, Tasneem spends her days writing novels and her nights co-hosting the award-winning podcast Not Another Mum Pod – and in between, she’s busy trying (and often failing) to be super mum, super wife and super chef. Having recently completed a Master’s in Creative Writing with distinction, Tasneem’s debut rom-com Finding Mr Perfectly Fine will be published by Zaffre/Bonnier in summer 2022. You can find Tasneem on Instagram: @tasneemarashid and @notanothermumpod