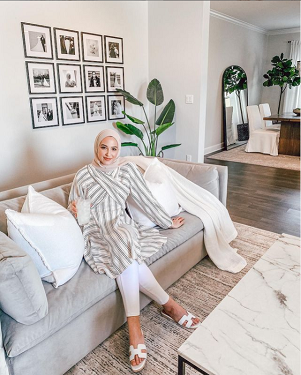 Withloveleena’s, Leena Snoubar is an elegant beautiful lady who is known on social media and currently has 1 million followers on Instagram. She shares modest fashion inspiration, beauty tips, travel advice and her own life experiences with an aim to empower the modern Muslim woman and show the world that we are capable of anything!

As lovely as Leena is in June last year during the Black Lives Matter campaign she received quite a bit of backlash (specifically from @Hakeemahcmb) after not posting the black screen on her Instagram for blackout Tuesday and for not speaking out on the matter. People said that for someone with such a big following and online presence it was wrong of her to not use her voice, and many accused her of not speaking out because she “didn’t want to ruin her aesthetic”.

At first, Leena didn’t respond and decided to remove any negative comments however, she quickly tried to rectify the situation by publicly posting that she would no longer be deleting comments and that she will be taking part in the movement. This was followed up by posting and creating a highlight on Instagram.

Another reason people attacked Leena was that she said she wanted to educate herself on racism before speaking out on it.

Many people have felt let down by Leena  with one person saying, “Leena Snoubar took it a step to far when she not only did NOT show solidarity she then posted a tone-deaf pregnancy outfit shortly after George Floyd’s death”. Another person said, “she is privileged and will never understand.”

Sahra commented, “not having knowledge about why a police officer murdered a man? What do you need to educate yourself for? The video was clear! ‘’

Rana said, “Chill people she is pregnant and does not need more stress in her life”. Fatima commented “you do you boo! Don’t let this get to you – you can choose to do whatever you like – it’s your platform.” And Margo said, “Bullying is as bad as racism!”

Regardless of Leena’s actions she has learned her mistake and has grown as an individual. Leena has recently given birth to a beautiful baby girl and named her Alaina. How cute! I wish Leena and her gorgeous family happiness and success.

Let us know what you guys think. Was Leena in the wrong? How do you still actively take part in such an important discussion now the hype has died down? #blacklivesmatter 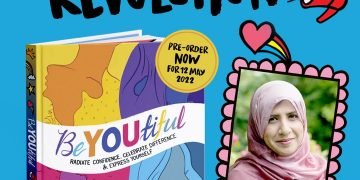 Trying To Conceive? Read This by Shabnam Nazeer