The Sisterhood Effect by Rania Emara 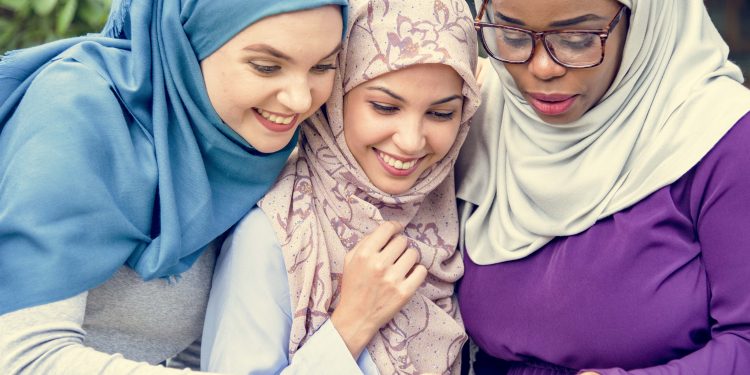 Welcome readers to my new home online with Muslim Mamas! I’m excited to invite you in and share with you the kaleidoscope of sights, sounds, and experiences that make up my life as a Muslim American Egyptian expat living abroad!

Now, for most people in 2021, blogs, vlogs, and online groups are hardly a novelty. These days, everyone and their mother are bloggers, influencers, or Tik Tok stars. But as one of the few survivors of a dying race of humans who didn’t even have a Facebook account much less know what a hashtag was until 2018, this page is HUGE.

See, I had been minding my own business, living life exclusively in real life, with absolutely zero interest in social media.  If I wanted news, I would watch the news. If I wanted to talk to people, I had co-workers at the office and friends on weekends. And as a total introvert, the idea of strangers following me, poking me, or randomly friend-requesting me was uncomfortable. I couldn’t understand the appeal.

But then I moved to Egypt.  And I found myself immersed in the too loud, overpopulated, bustling metropolis of Cairo, a vibrant, emerging city struggling to move into the 21st century without detaching itself from its precious, ancient roots. Surrounded by predominantly Arabic-speaking people who were nothing like me.

And despite 100.4 million individuals crowding around me, I had never felt more alone.  After a nearly 20 year career, I was a new, stay-at-home mom and a budding, indie author in a foreign-to-me country (more about this in a future post). I found myself longing to hear a good, old American accent or to laugh hysterically about something as juvenile as a Tyler Perry movie.

Even though I had a loving family and relatives around me, I was missing a culture and a people who just “got me”. And I realized that even if I were to succeed in writing the next great American novel, unless people knew about it, and knew me, I wouldn’t get very far in this overcrowded world stage.  Kind of like that old philosophical question, if a tree falls in the forest and no one’s around to hear it, does it really make a sound?

And I finally recognized the value of being able to connect with people beyond my own immediate corner of the universe.  I had my social media “aha” moment.

I realized I had to get on that social media train, albeit about 20 years late.  So, like a toddler in a full diaper trying to walk for the first time, I waddled and wobbled around various platforms trying to look like I knew what I was doing.  And while I slowly taught myself to speak social media tongue and use things like Canva and hashtags, I still felt like one, invisible thread in a vast web woven by an inordinately large, dexterous spider.

Then a year ago, on a cold, January morning, I received a message from a wonderful woman named Nafisa Rahimi. She’d seen a post I’d written on Facebook about my new book, Hijab is Fab, and invited me to write another for the group she admins. And I was thrilled, just happy that one person had read my post and read my book and I was hopeful to reach a few more.

So, imagine my surprise when I googled Muslim Mamas “group” and realized I had been speaking to one of the founders of Muslim Mamas, an international online community of over 133,000 Muslim women, just like me. My mind was literally boggled. I had no idea that communities like this even existed. I had literally been living under that proverbial rock. It was originally founded by an amazing woman called Nargis Jahan-Uddin in 2011! This is how long this has been in existence!

Well, Nafisa Rahimi, Nargis Jahan-Uddin and Muslim Mamas blew down the doors of my timid online presence and hauled me onto that world stage, lighting the way and welcoming me into their online family, and the rest, as they say, is history.

Through Muslim Mamas and their incredible sisterhood of amazingly talented women, I’ve been lucky enough to connect with new friends, fellow moms, readers, writers, designers, educators, corporate divas, Mompreneurs, fashionistas, and powerful women from all walks of life and from every corner of the world. I’ve been interviewed, broadcasted on live radio, guest blogged on some great platforms, and people are reading my books!

So as Muslim Mamas celebrate 10 years online and I celebrate my one-year anniversary with them, I am dedicating my first post to Muslim Mamas and the incredible magic of sisterhood.  And I’m hoping to pay it forward. To teach what I know.  To light the way for someone else who perhaps just needs that little push. Because we all started out waddling in diapers until someone held our hands to walk.

Rania Emara is a writer and author of children's and YA fiction who graduated from Oakland University in Michigan with a BA in Political Science and a teaching certificate in ESL. Besides writing, she is an editor and ISO certified quality management consultant, with 20+ years of experience in healthcare operations, quality management and communications. She is a wife, a mother of two boys, an educator, a chef, a psychologist, a nurse, a peacekeeper, a booknerd, and a finder of remotes. She maintains a healthy obsession for pizza, coffee, books, planners, and Turkish dramas, with a serious case of wanderlust. 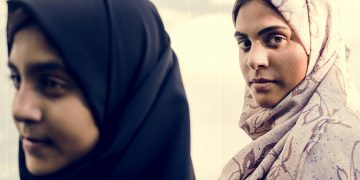 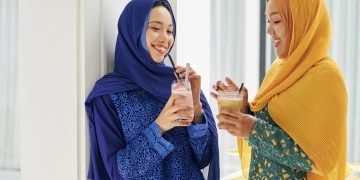 Practising Self Care The Easy Way by Nawsheen Choudhury

Days Out With The Kids by Alifia R