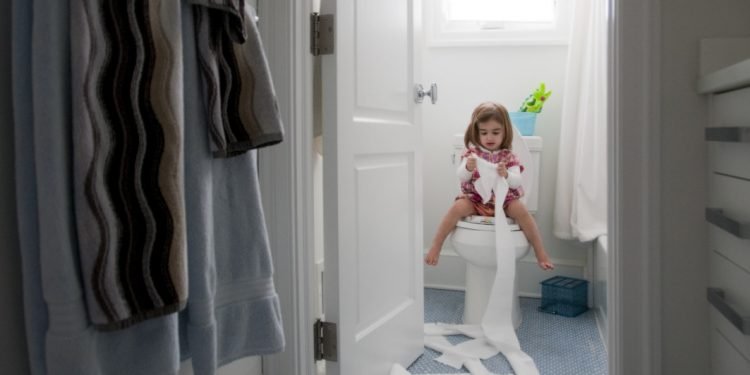 I started early potty training also known as Elimination Communication (EC) when my daughter was five and a half months old. She was able to sit up by this point so I decided to give it a go. I had initially started EC just after she was born however a lot was going on so it just wasn’t the right time for me. Even before I was expecting, I loved the idea of a child becoming independent of nappies as soon as possible. There are so many benefits to early potty training; children learn to communicate, the environment is spared from the destruction of plastic, our pockets are spared the expense and above all, it helps develop a beautiful bond with our little one. 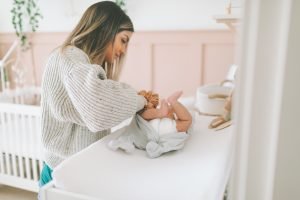 I had watched a few videos on the subject but my biggest source of guidance and support was my friend who had successfully trained her 3 children. She advised me to start when my baby was able to hold her head and sit unaided. She also advised to start with the number twos (poop for clarity). So I spent two whole weeks logging every single time she opened her bowels. From this I was able to identify times in her day where she filled her nappy regularly. I picked the most consistent time of 9am as the one I would start with.

Next, I made a decision to get her straight onto the toilet rather than a potty or over the sink. I just did not like the idea of having to empty the potty after she was done plus it would be additional work! I brought the potette 2-in-1 travel seat as it came with a removable bowl which would be used as a back up if the toilet option didn’t work out for us.

On day one, I got up excited about the new adventure me and my daughter would be going on. I filled a small jug with lukewarm water and tore a bit of toilet paper. Both things I placed within easy reach. I put the toilet saddle on the seat and went to get my daughter. She was bright eyed and smiling mashaAllah, ready for the day ahead but she had no idea what I had in store for her! 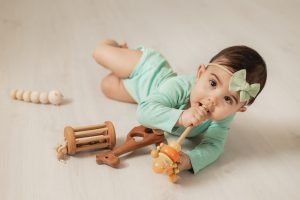 I got her out of her baby grow, lifter and tucked her vest up and off came the nappy. Then there was a crazy dash for the toilet as I was worried the fresh air may make her wee! I gently placed my daughter on the potette saddle and held her firmly with both my hands. I made straining noises and repeated the word potty to her. A minute or so after, she did a poo AND a wee! Talk about beginner’s luck! I was so happy and told her she had done well. My daughter seemed to understand that she had done a good job and smiled back happily. Next was the scary part. I had to do her istanja!

My friend had advised me to lean my daughter into my legs so she wouldn’t fall and wash her from behind. I was so scared she would topple sideways but alHamdulillah the strategy worked and the istanja was successful. Over time my daughter learnt to lean forward and grip my trousers for support mashaAllah. I patted her bum dry and lifted her off the toilet. I flushed the toilet and then turned to the next stage of washing hands. I discovered that it was actually quite difficult to wash my hands whilst holding her so I had to resort to washing one hand at a time. I also made sure to always rinse my daughter’s hands. I wanted to install hand hygiene right from the get-go. 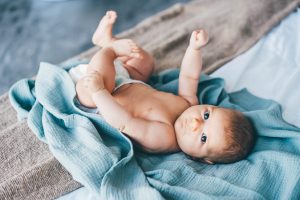 Over time, my method became more refined. I started using single words for each stage of the process so she would learn and become familiar with them. I would say ‘potty’ to get her to open her bowels along with the straining sound. When she looked like she was done, I would say ‘Khatam’ (finish). Then I would point to the jug and say ‘istanja’ and so on. My daughter picked up these words really quickly and soon enough would tell me herself when she was done ‘TAM’ (for khatam) and point at the jug ‘TANJA’ (for istanja).

But it wasn’t all smooth sailing. Sometimes, she would not open her bowels and would get upset so we played a lot of distraction games whilst she sat on the toilet. When I started weaning her onto solids, her toilet routine completely changed! There was actually no routine. So I had to watch out for cues and take her when I thought she needed to go. She learnt to make the straining noise and would then alert me that she needed a poo but at the start that was a hit and miss as she would sometimes open her bowel in the nappy and then tell me she needed to go. Other times she would start in her nappy but I would say ‘potty in the toilet’ so she would stop and finish her business once I had placed her on the seat! The worst incident was when a few months in, she had learnt to sit on the toilet unaided (with the saddle of course) but she leant to far forward and fell flat on her face! I felt so bad for her but she soon forgot whereas I’m writing about it months on. I think mothers feel their children’s pain far more. 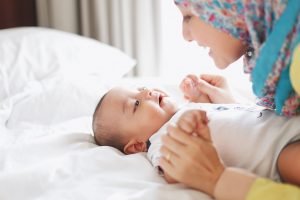 Training my daughter to go potty on the big toilet was such a learning curve for us both but I absolutely loved this experience. The eye to eye contact between us, the games, the celebrations of her pooping in the toilet, the toe tickling and all the crazy things I did to amuse her brought us together and strengthened our bond. I can’t express how proud I am of my little girl for coming along so far in this journey. And I can’t thank Allah enough for allowing me to be a mother and enjoy this journey with my daughter.

Watch out for my next article on the final hurdle of this journey.

Mum to a little girl who is the apple of my eye. Busy balancing my love to socialise and integrate with my community with learning to seek stillness and contentment, especially in a world which seems like a rat race with no sight of the finish line.