In Search of the Night of Power 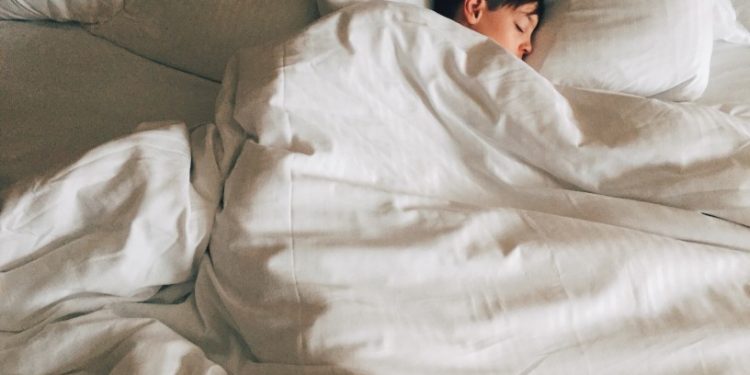 Every night is a heavy burden of guilt.

A huge ball of it, fisted into a knot, weighing in on my soul; anxious butterflies going berserk as I carry out my motherly duties. This is how my Ramadan slips away, in the silence of the night or during the chaos of the day.

Today for example, I run around my usual hamster wheel, doing the same groundhog daily rituals whilst fitting in prayers, whispering random zikrs for a few seconds before I get distracted again, and of course there’s that dratted phone. (Damn that Martin Cooper!)

So whilst I prepare for this odd night, all slow and cumbersome, preparing to face my guilt head on, I manage to do a little ibadah in the dead of night. By some odd miracle, my Baba is sleeping undisturbed! I start to speed up my ibadah in increments, quietly pausing in case I have to dash up. But no, he continues to leave me to get on. By Allah’s mercy, I even manage some reading, Allahu Akbar!

Before too long, my eyes start to sting and droop. I’m ashamed to say I’m done. So, I prepare to rest, making a mental promise to squeeze some more worship before Fajr. But we plan and Allah plans and His plans are infinitely better. What do I find when I approach my bed?

Shiny, beady eyes peeking up at me, big grin at the ready, arms and legs poised like a cub about to pounce. Yup, my little gentle giant was waiting up for me. Just in time to not let me sleep.

It was at that moment I had a mama-epiphany. I suddenly gave in to the guilt. I gave in to my natural calling and simply accepted that this is it. That this, me playing with my baby is an act of worship itself. How can it not be when this miracle was given to us as a gift by the Only One Who Could? The content in my baba’s eyes was all the testament I needed. The guilt that I kept fighting, was just not ok.

Every day I battled this guilt as if it was jihad itself, fighting through the mundane and hiding Ramadan away, somewhere in the creases of my heart. Not fasting, not praying enough, not reading enough, not understanding enough. But enough is enough. I am a mama, and that is it. That is more than enough. For now.

My very being, my Self, the things I do as a mama, wife, sister, daughter – all the extras and the mundane – it is all Ibadah, acts of worship. Bismillah, In the Name of Allah, from the beginning to the end.

So, don’t beat yourself up mamas, if you are a Guilt-Carrier. The guilt itself is a reflection of the worship you intend and you will be rewarded by your intentions. So, I leave you with this quote by Ibn Al-Qayyim (may Allah be pleased with him):

“Perhaps you might be asleep while the doors of Heaven are knocking with tens of supplications for you, by a poor person you aided or a sad person you cheered up or a distressed person you brought relief to. Therefore, do not underestimate doing good at all.” 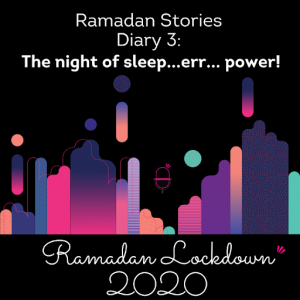 The Covid-19 pandemic 2020 was having a huge impact on many aspects of the daily lives of Londoners. The Museum of London thought it was important to record these experiences in order to share and learn from them in the future. One aspect they wanted to capture is the experience of families observing Ramadan during that time. They were interested in how this experience differed to the experience of families in previous years, and how families were adapting to observe Ramadan.

All four audio diary entries and the interview with Saami reflecting on lockdown Ramadan 2020 are now part of the Museum of London’s Permanent Collection, forming a part of British history! What an honour this has been!

Saami and I (and our family) cannot express how touched we have been by this whole experience. We hope you enjoy listening to these and do share with your friends and families.

To listen to this podcast, visit: https://notanothermumpod.com/pod-gems/

Mamas who are feeling inadequate due to being unable to pray or due to the demanding role of motherhood, and are looking for effective, achievable acts of worship, have a go at the following:

If you’re feeling inadequate because you’re not able to pray in these final days of Ramadan, try these:

1. Get a treasure in Jannah. Say: لَا حَوْلَ وَلَا قُوَّةَ إِلَّا بِاللَّهِ
The Prophet (s) said, “Be frequent in saying ‘There is no might or power except by Allah, (Lā ḥawla wa lā quwwata illā billāh)’ For verily, it is a treasure from the treasures of Paradise.’” [سنن الترمذی :3601]

3. Landscape Jannah. Say: سُبْحَانَ الله وَالْحَمْدُ لله وَلاَ إله إِلاَّ الله وَالله أَكْبَرُ
The Prophet (s) said, “I met Ibrahim on the Night of Ascension (Al-Isra), and he said to me, ‘O Muhammad, convey my greetings to your Ummah, and tell them that Jannah has a vast plain of pure soil and sweet water. It is a plain levelled land. The plants grow there by uttering: Subhan-Allah, Al-hamdu lillah, La ilaha illallah, and Allahu Akbar.” [السلسلة الصحيحة : 105]

4. Get all your sins forgiven. Say: SubhanAllahi wa bihamdihi (100 times)
The Prophet (s) said, “Whoever says, ‘Subhan Allah wa bihamdihi,’ one hundred times a day, will be forgiven all his sins even if they were as much as the foam of the sea.” [صحیح البخاری: 6405]

Or say: Astaghfirullahal ladhee laa ilaha illaa huwal Hayyul Qayyoomu wa atoobu ilayh
The Prophet (s) said, “Whoever says أَسْتَغْفِرُ اللَّهَ الَّذِي لاَ إِلَهَ إِلاَّ هُوَ الْحَىُّ الْقَيُّومُ وَأَتُوبُ إِلَيْهِ (I seek forgiveness from Allah, the One besides whom there is none worthy of worship, the Living, the Sustainer of all, and I repent to him), all his sins will be forgiven, even if he had fled from battle.” [Sunan Abi Dawud 1517]

6. Fill the Scales. Say: Alhamdulillah
The Prophet (s) said, “Cleanliness is half of faith and al-Hamdu Lillah (Praise be to Allah) fills the scale.” [صحیح مسلم:223]

8. Earn the reward of worshipping the entire night. Recite: The last two verses of Surah al-Baqarah.
The Prophet (s) said, “Whoever recites the last two verses of Surat al-Baqarah at night, that will be sufficient for him.” [صحیح البخاری: 5051]
Ibn Hajar said, أَيْ أَجْزَأَتَا عَنْهُ مِنْ قِيَامِ اللَّيْلِ بِالْقُرْآنِ “Meaning, they will suffice him for qiyamul layl” [Fathul Bari]

10. Earn a mountain of reward. Give a date.
The Prophet (s) said, “If anyone gives as Sadaqa the equivalent of a date from honestly (earning) earned – because Allah accepts only what is pure – the Lord would accept it with His Right Hand, and even if it is a date, it would grow in the Hand of the lord, as one of you fosters his colt, till it becomes bigger than a mountain.” [صحیح مسلم: 1014]

12. Share this khayr
The Prophet (s) said, “Whoever introduces a good practice that is followed after him, will have a reward for that and the equivalent of their reward, without that detracting from their reward in the slightest.” [صحیح مسلم: 1017]