by Shabnam Nazeer
in Motherhood, Teens
0 0
0 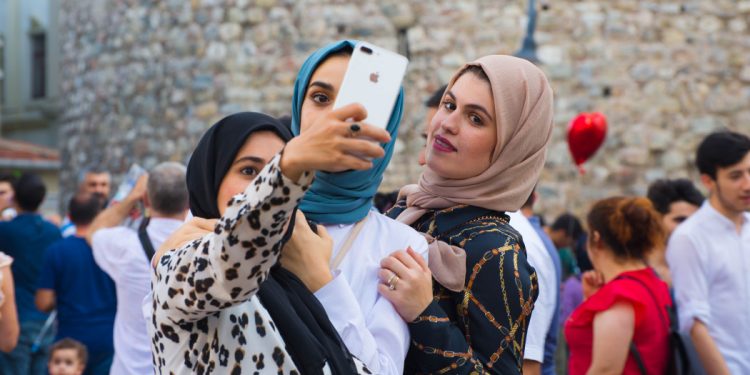 The struggle between parents and teenagers is nothing new. It’s something that every parent will face at some point. The only difference is the type of struggle you have. It could be over homework, money, clothes or going out but the best piece of advice anyone ever gave me was, pick your battles. 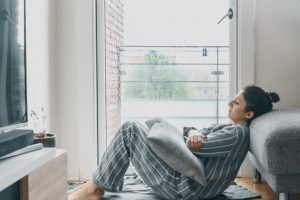 Frankly, there were many. It was when my daughter was around 14 that I noticed that she had plucked her eyebrows. I remember first being quite shocked and angry. How could she do that? She was beautiful just as she was. As a mother from a conservative Muslim background, I hadn’t touched my eyebrows until a week before my wedding. It just wasn’t the done thing. Now my child was like this. It took all my mental strength to stay calm about it, well atleast on the surface.

The different battles over the years have been interesting, make up being the easiest one to deal with it turned out. I had worn the Hijab since the age of nine and went to a girl’s high school. My mother had bought most of my clothes for me until I left high school and I was allowed to bring friends home but never allowed to go to anyone’s house unless my parents knew their parents. I never questioned my parent’s rules or the values that they had.

Looking back, I think it was my environment that made me so accepting. It was completely controlled by them. When I was looking at high schools for my children, I was looking at league tables. With my parents, they just chose the school which their friend’s daughter attended and other family’s children they knew. I had a handful of friends from backgrounds exactly like my own. They like me, could not wear makeup and could only go to selected outings. Don’t get me wrong, I had a fantastic childhood and sometimes feel a ping of sadness that my kids don’t have anything slightly similar.

Even now I often question how I am bringing up my children and the differences to the way I was brought up. Maybe my parents knew better, they certainly didn’t have the struggles I face. Here I was not knowing any of my daughter’s friends. I tried hard to get to know them but high school is a totally different ball game to the lovely little play dates mums got to arrange at primary school.

Now with my 15-year-old I had to contend with skinny jeans and requests to wild parties.  At these birthday parties, the girls dressed in the tightest clothes and highest high heels. Yes, they were girls only parties but my brain still went into overdrive with all the thoughts about all the pictures they would be snapping and posting on social media. The only lifeline I had was going to the front door and saying hello to the mum, hoping for some reassurance. At the end of the day they were teenagers having fun. 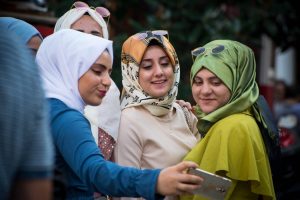 When I look back on those few years, all can remember is the constant battles we had over clothes and make up. I may have forgotten the fights and arguments but I never forget how I felt. The daily battles left me drained and frightened that these arguments would lead to my daughter hiding things from me. A thought that terrified me.

The turning point came when I decided to pick the battles that were important. That change in my perspective had a profound impact on my relationship with my daughter. I no longer had arguments over going to her friend’s birthday party. I reached compromises on what she was wearing by insisting no photos be taken on her friends’ phones. Ok there was no way I could police this but at least she felt I was trusting her. We also agreed on drop off and pick up times. So instead of not letting her go to the party, she could go on agreed terms. This was a win win situation for me as a parent. These were such small steps but they made a world of difference. I didn’t want my daughter excluded from her peer group but at least this way I could feel like I had a little bit more control. 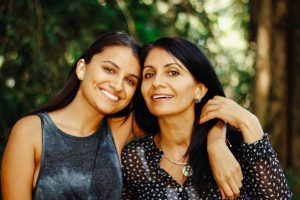 At the end of the day was I responsible for her welfare. Also turning a blind eye to a little make up, I stress it was hardly noticeable to anyone except the eyes of a mum, gave a little more calmness to our relationships and also slowly ended her need for it. A need it seemed that had developed from insecurities about her looks which undoubtedly is common for most teenagers.

The battles didn’t end but at least I as the parent had a clearer perspective on how to deal with them. For my relationship with my daughter, picking my battles was the key to getting through what can only be described as a true-life test.

How did you overcome yours? Let us know in the comments!

Mum to three teenagers and a little one, master of none. My faith in Allah is what gets me through every situation. For everything else, humour and solace in chocolate is the way to go! The go to person for my straight talking no nonsense approach to life I love sharing my perspective and believe that speaking from the heart will get you where you need to be. 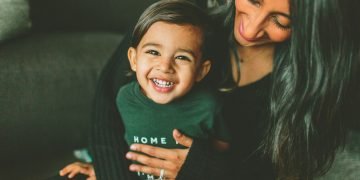 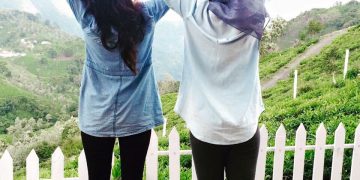 The Power Of Visualising Your Goals by Thamina Javed