‘Men Should Lower Their Gaze’ Oppressive Or Empowering?

Does this really protect women from unwanted attention?

by Surriaya Mirza
in Featured, Interesting reads, Islamic Gems, Life As we Know It
0 0
0

The concept of ‘Men lowering their gaze’ is well known in Islam.  It is an instruction to men not to stare, look at or speak to women unnecessarily.

Say to the believing men that they should lower their gaze and guard their modesty: that will make for greater purity for them: And Allah is well acquainted with all that they do. An-Nur 24:30

Lowering your gaze is a way to protect a woman from unwanted attention and show them respect.  Now whether or not men actually follow this concept is another thing all together.

Here, I am more interested in the concept itself which is actually quite straight forward.  It seems like a basic way to protect women from men’s desires. 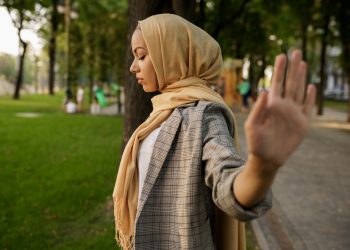 I see it as a way to solve the never-ending issue of men sexually harassing women and girls. In an ideal world, men would all follow this concept and we would all live happily ever after. As always, it’s not quite like that.

Firstly, in my experience, very few men actually lower their gaze or tend to be selective with it. They will act one way when their wife is around and in a different way when they are alone. 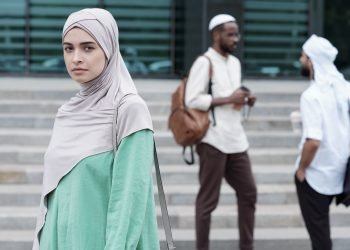 Now with all that in mind, what about how women see this?

I am sure it will surprise you to know that some women actually take offence to this rule, especially in the work place. For some women, they view it as a way to hold them back and promote inequality.

In today’s world women are still constantly fighting for equality on so many fronts. They see this as just another battle. After all, it is a male-dominated world and women have to work that much harder to progress. To them, this concept seems to subconsciously make men automatically see them in a different light. Some women go as far as saying, that its completely rude and offensive not to make eye contact with them when talking. They don’t view it as respectful at all.  In fact, they consider the concept to be sexist as it is treating an individual differently based on their gender. 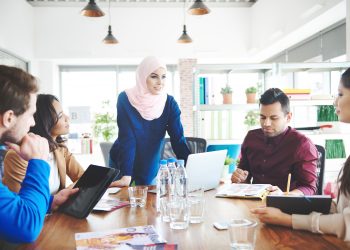 In terms of treating a person according to their gender, well yes, that’s the whole point of it. However, far from being sexist, the concept is about freedom. I think the whole basis is to allow women to be more comfortable in a male dominated society. Whether that be in the context of school, university, work or just walking down the street.

As far as I am concerned it is a way to help women be confident and less objectified because of their looks. Consequently, it makes women feel safer and respected. The way men stare sometimes can be really intimidating and sometimes frightening, even if they do it unintentionally, if that’s even possible.

All things considered, the major purpose of this concept is to make women feel loved, respected and valued. It in no way lowers their status in society and in fact raises it. Islam has always wanted to empower women to be seen for their talents and ability, not just their looks. It is about time more men actually embraced the concept whole heartedly and not just when their wives are around.

I would love to hear your opinion on men lowering their gaze and your experiences.

Sustaining A Marriage by Shabnam Nazeer