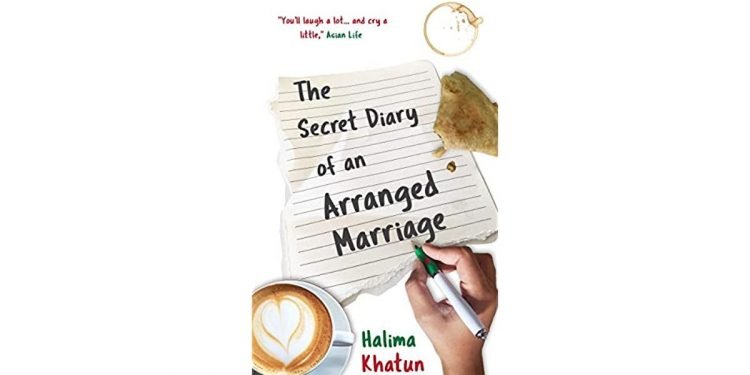 Long before my current situation (a wife and mama to a two-year-old with another on the way), I was just another Bengali Muslim girl navigating my way through work and life in this big old world.  As I progressed through my twenties, a part of that journey involved thinking about the next stage in my life – getting married.

I’m from a fairly typical family, where arranged marriages still exist, but it was also OK to meet someone of your own accord (as long as they were Bengali and Muslim of course. Like I said, pretty typical). Like many girls, I was totally fine with this.

But here’s the thing…  I was brought up in a white area, where arranged marriages didn’t exist, and the entire tradition was marred in misunderstanding and unhelpful misconception. There was an inbuilt narrative – arranged marriages are backward, sexist, and have no place on British soil. It wasn’t a choice, it was something you had to do. If arranged marriages exist in your culture, surely there is no other way. You couldn’t possibly meet someone of your own accord. You won’t be allowed. Of course, this was the narrative held by people who really knew nothing of the subject. It was a narrative put upon us Muslim women.

With this negative perspective, I was often asked about whether I’d have an arranged marriage. This question came up a few times in my life, along with other such gems as do you eat curry every day? And can your parents speak English? FYI, the answer is yes, and a little.

But I wouldn’t always answer the question honestly.

Why? I hated being ambushed. The question was rarely asked during a private discussion. It was usually put forward in an open forum, and the question was loaded. Like many of you, I just wanted to fit in. Teenage years and early twenties are awkward for any girl at the best of times. But when you’re practically the only Muslim girl in the village, the one who doesn’t go out drinking and do all the other things your peers are enjoying, it’s hard not to stick out like a sore thumb. So I had a simple strategy – avoidance. Don’t talk about it, and if it comes up, deny it.

I didn’t blame people for having such a negative view on the subject. The media doesn’t help. The news usually reports on stories of force, people having to marry strangers without a say in the matter. Modern literature concurs. Monica Ali’s Brick Lane depicts a submissive woman, while more recently published novels portray arranged marriages as a last resort that the heroine desperately wants to avoid. Going down this route is seen as a resignation, a sign of failure, as you haven’t been able to achieve the desired goal of finding someone of your own accord. Essentially, the protagonist – usually a South Asian women – is seen as an object of pity.

Because of the general view surrounding the issue, people from the community don’t like to talk about it openly.  I was one of them.  As a result, I inadvertently fed the narrative that the arranged marriage process (i.e. being introduced) is bad thing.

But now I’m older, wiser and a happily married Muslim Mama, I want to change all that. Why? Because it’s about time someone in the know took control and set the record straight. And the reality is, the modernized arranged marriage is a brilliant idea. In the western world, if you’re single and looking, it’s not really anyone’s problem but your own. In Muslim culture, it’s everyone’s business and mission to find you a match. Combined with our own efforts to meet people, it greatly increases our chances of finding ‘the one.

Now I know it’s not the same for everyone, and some may well have a negative experience going through the process, but this is just my point, in my world, it’s a ‘process’, a way of meeting someone, not the only way. And I know this is the case for many women. Yes, the introductions can be awkward and cringeworthy, but they’re not necessarily the human-rights infringing ordeal the mainstream media will have people believe.

As I couldn’t see anything out there about this, I thought I’d start the conversation myself. As a former journalist, PR consultant and writer, I wanted to put my words to good use by writing a book. My debut novel, The Secret Diary of an Arranged Marriage, is the book I wish I had when I was growing up. It’s the book that makes us women feel less alone, isolated, and different. Oh and it’s unfiltered and funny. I explore the good and bad of the process, including the ghosting from rishtaas, and navigating the arranged marriage world alongside more modern efforts such as online dating.

The Secret Diary of an Arranged Marriage has been dubbed the brown Bridget Jones by early readers. As the title suggests, the fictional book explores the intriguing and misunderstood world of modern British-Bengali matchmaking.

I think it’s high time people got a real honest, picture of the process.  The heroine of the story, whilst doing her own hunting to supplement her parent’s matchmaking efforts, is open to being introduced the traditional way.  Oh, and she’s far from submissive.  She’s ambitious, acerbic, and the epitome of a 21st Century British-Asian voice.  Despite it’s title, this isn’t a romance, it’s a woman’s journey, exploring race, identity, and family along the way.

At a time when politics has polarized the world, my novel actually shows that we share more similarities than differences, as I detail the parallels between arranged marriages and the likes of Tinder and Match.com.

Writing this article was a labour of love.  The idea started back in 2014, was paused when life got in the way, and was picked up again last year.  Crafting a story with a toddler in tow wasn’t easy (cue lots of scribbling on iPhone notes while breastfeeding).  I’m sure as Muslim Mamas, many of you can relate to the juggle. But perhaps that’s a story for another time.

For now, I hope you enjoy the book.  It’ll make you laugh a lot, and maybe cry a bit.  But I’m hoping it provides familiarity for those in the know, and an eye opener for those who aren’t.  And if nothing else, I hope it balances out the narrative, and ends the pity felt for many Muslim women.  We don’t want sympathy.

The Secret Diary of an Arranged Marriage was released earlier in the year and has since gone on to win The Selfies Adult Fiction Award!  Available on Amazon this book is definitely worth a read.

Halima is a former journalist (having worked for ITV and the BBC), writer and a PR consultant. Keep updated about this book on her Facebook page and also on Instagram @halimabobs.

Have you read it yet? Let us know what you thought in the comments below!

Our Memories by Khadijah ElShayyal