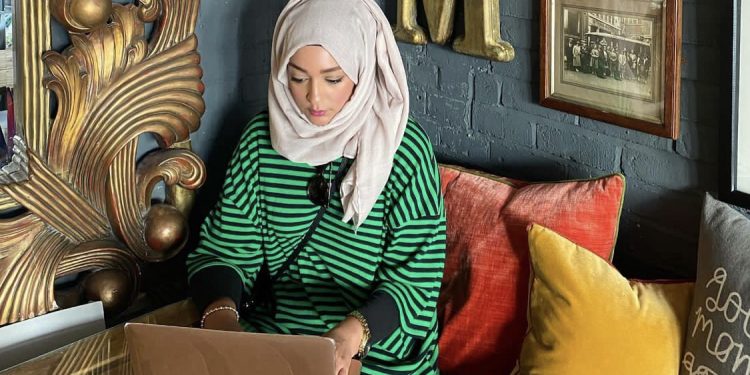 In part one of this three-part series, Tasneem Abdur-Rashid, author of Finding Mr Perfectly Fine, shared the process of finding an agent for fiction writers. In this part, she will explain what happens after you’re taken on at a literary agency.

So you’ve got an agent. CONGRATULATIONS! This incredibly difficult hurdle is quite possibly the biggest one in your journey towards publication, but what happens afterwards often seems like a mystery. It did to me anyway. I had no idea what to expect once the contracts were signed. Disclaimer: This article is about my own experience and may differ between agencies and countries.

Agents usually charge between 10-20 per cent commission to represent you. This means that whatever deal you have with a publisher in the future due to your agent, your agent will now take a commission from that advance. This will be detailed in the contract, as well as the finer details, such as subsidiary rights, termination clauses etc. This article has a succinct explanation on the sorts of things that are included in the contract.

Before you sign anything, make sure you read through the contract carefully but more importantly, make sure you’re happy with the agent you’re signing with. In an ideal world, your agent will be there for you for the rest of your career as an author, and you need to respect and trust them. You need to be able to go to them with your problems and know that they’re listening and will act within reason.

Did you think that you were done with editing once your manuscript was accepted? This is only the beginning! Before your agent starts sending it out to editors at publishing houses, they want it to be as perfect as possible, to reduce the risk of rejection. This could be anything from a complete rewrite to a restructure, a reduction of words, removing characters, changing character personalities and so on. It can be a really long and daunting process, especially when you’ve put your heart and soul into every word, only for someone to tell you to reduce your book by 20,000 words, or kill off a character.

The first draft of my book was around 150,000 words, maybe even more. The version that got submitted to publishers was around 98,000. This was totally my fault for over-writing. My book was far too long for its genre, and the length meant that I had too many things going on; too many characters and subplots. I had to be brutal – no, LETHAL, when it came to cutting it down. I lost so many scenes and characters I loved, but I had to trust my agent’s advice.

Once your book is finally at a standard that your agent is happy with, it’s ready to go on submission. This means that your agent will put together a package that consists of a sample of your book, the synopsis and a pitch letter (not too dissimilar to what you had to do to get your agent – see part one of my publication series here). They’ll usually ask editors to come back to them with their thoughts by a certain date… and then it’s just a waiting game.

During this time, you might get calls from your agent letting you know if there’s been any interest or offers. The dream scenario is more than one editor wanting to acquire your book, and then for it to go to auction, until it’s sold to the highest bidder..

I was lucky enough to have three offers; two from major publishing houses, and one from another big publisher, but from its digital-first division. I immediately knew that I didn’t want to go with the digital-first offer, because I wanted my book to be available to buy in bookshops. Digital first books are still done by a traditional publishing house, so you have an editor, cover designer, publicity and marketing team who are responsible for the book but there just may not be a physical edition.

Many digital-first contracts (especially for debut authors) don’t come with an advance. The publisher has a lower investment and consequently lower risk. However, it also means that the author will typically receive a much higher royalty percentage. Another advantage is that it’s often a lot faster once you cut out the whole printing and selling to bookshops element. With a faster lead time, you can make changes right up until the time to go live.

This was appealing, and if I hadn’t received two other offers, I would have considered it. However, because I had two more traditional offers, I decided to explore them. Because I had two offers, my agent was able to negotiate a higher advance than the original offer.

Choosing my publisher was difficult. I had two very similar offers (in terms of the advance payment). One was from one of the world’s biggest publishers, and one was from a less-known one that was still prestigious. However, the less-known one offered me a two-book deal, which evened up the playing field.

Deciding who to go for was really difficult. I asked the editors to submit their marketing plans, and I also asked to meet with them. The editor/writer relationship is a really important one, on a similar level to the agent/author relationship. This is the person you’re going to be working with for at least two years, or more. You have to trust their feedback on your book, you have to trust their post-publication advice, so it’s a good idea to meet with them and see if there’s chemistry there.

I went for the lesser-known publishers for various reasons. Firstly – they offered me a two-book deal which to me, demonstrated a greater commitment and belief in me and my career as a writer. I also felt that because they were a bit smaller, they would have less authors on their lists, and I wouldn’t be competing in house for attention and time like I would be at a much bigger one. I liked their marketing plan as well, and I got along well with my editor.

Your reasons for choosing a publisher may be completely different to mine. For example, the bigger publisher offered a US deal as well as a UK one – so if breaking into the US market is important to you, you might want to sacrifice the two-book deal for that. Or you might have offers from an independent publisher. Indies might have less of a reach or money for an advance, but you might prefer the boutique feel of them. You know that they’ll pour everything they have into you, and you won’t be competing with hundreds of other authors on their lists.

You have to do what feels right for you and your career.

Once you’ve chosen who you’re going with, it’s time to accept the offer and then sign the official contract. Your agent will go through the details and change/negotiate things like royalty fees, the print run and so on. Some authors like to add points like having a say on the cover. I was lucky because despite not including that in the contract, my editor was happy to incorporate my feedback until we came up with a cover that we were both happy with (more on this soon!)

Tune into part three of this series to find out what happens once you’ve signed with your publishers. The journey has only just begun!

Tasneem Abdur-Rashid is a British Bengali writer born and raised in London. A mother of two, Tasneem has worked across media, PR and communications both in the UK and in the UAE. Today, Tasneem spends her days writing novels and her nights co-hosting the award-winning podcast Not Another Mum Pod – and in between, she’s busy trying (and often failing) to be super mum, super wife and super chef. Having recently completed a Master’s in Creative Writing with distinction, Tasneem’s debut rom-com Finding Mr Perfectly Fine will be published by Zaffre/Bonnier in summer 2022. You can find Tasneem on Instagram: @tasneemarashid and @notanothermumpod

Making Your House a Home by Faeeza Nawaz

Everyday Sexism in 2021 by Anaya Khan