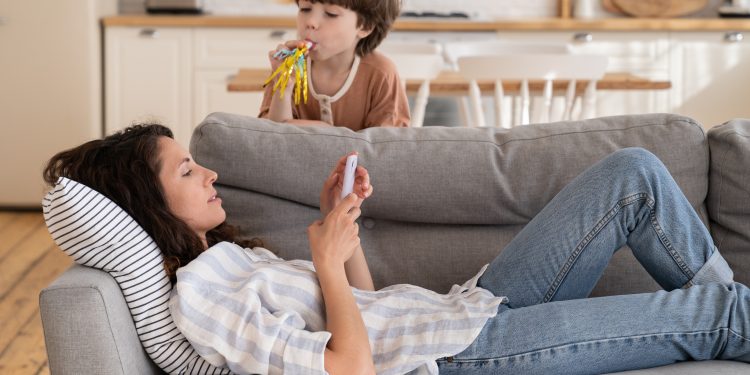 Being born into a digital age, it would be easier and quicker to name the benefits of technology than to explain the cons. It goes without saying however that there are many.

A disconnection from reality, separation from nature, sleep disturbances, relationship problems, empathy loss and a general reduction of physical awareness. Criticism of the ever evolving smartphone glued to our hands day and night just keeps going.

Despite the problem of technology, parents and guardians seem to be missing a key problem when it comes to the development of children. It comes not from the tablet or having the T.V remote in plain sight, but from the actions of the parents themselves. It comes down to one concise observation. Distracted parenting.

While it’s true parents spend more time with their children now than in the 1960s, despite women entering the workforce, it’s also true that the engagement levels between parents and children have decreased. A parent might be there from the first step and eating breakfast with their child every morning, but they are consistently less emotionally attuned. This is a result of screen time. 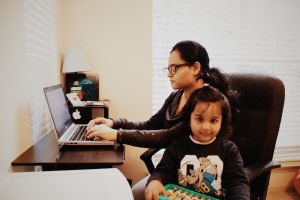 Of course there is an issue with children and technology. It has been proven to damage brain development in children as well as inhibit their ability to engage and observe everyday activities. Bandura’s Bobo Doll 1963 experiment gave us insight into the impressionability of children in regards to television and violence. It goes without saying that large amounts of screen time is detrimental for young children.

However, despite all the new discoveries on the impact of technology, no one talks about what it does to adults and parents in particular. We are now in an age where, parent’s and adults are suffering from “continuous partial attention”.

“Continuous partial attention also describes a state in which attention is on a priority or primary task, while, at the same time, scanning for other people, activities, or opportunities, and replacing the primary task with something that seems, in this next moment, more important.”

And it’s hurting our children too. It interrupts emotional cueing systems that have developed throughout history and is the basis of human learning. This system has several names, such as “serve and return”, but it’s job is to build the basic structure of the child’s brain. Smartphones have impacted their cognitive development as they do not learn how to start and end conversations. Significantly, it’s been shown that vocal parents that exchange conversations with their children regularly, result in their children knowing twice as many words by the age of 2. 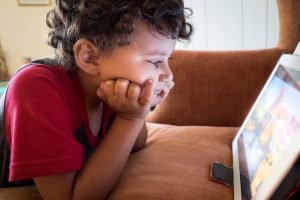 Apart from learning abilities, a study was also done by an economist who tracked the rise in children’s injuries in correlation with the rise of smartphone usage. They discovered that ER visits increased with them being constantly distracted by technology.

When parents are absorbed in their smartphones, it not only reduces verbal interactions but can result in the children doing things to get attention. When my cousin was over, I saw her son start messing around in an attempt to get her attention while she was on her phone. I’ve walked past endless tantrums where the child is grasping onto the arm of their parent who is shushing them while scrolling on their device. 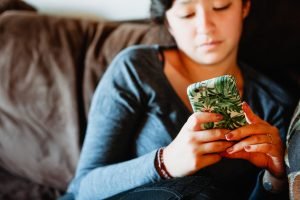 It’s inevitable that a parent will not constantly interact with their children as both sides have needs and limits. Throughout the generations, parents have used different methods to distract children when they need alone time and smartphones are just the go to of the digital age. To be honest, a parent who is constantly with their child is not allowing them to grow, learn and become resistant. But like always, there is a limit to how much a child must be left alone too.

Smartphone usage has been strongly linked to addiction, both children and adults showing signs of irritation when their time is interrupted or cut short. Like mentioned before, spending some time away from children is a good thing for their personal development. However, separation that occurs when a parent is physically present but not communicating because of technology and in turn ignoring their child is different. You are subconsciously telling your child that they are less important than a whatsapp from your friend or scrolling through your instagram feed, and such a message will stick to them.

A small way this can be fixed is children themselves. Children are needy. They will do whatever it takes to get your attention and this is an opportunity to change one’s behaviour. However, that won’t last forever. If a child is constantly ignored or told off despite their efforts to interact with you, they will eventually give up. The psychological impact of such an experiment may just scar them for the rest of their life.

Of course, adults are also suffering from the impact of smartphones and technology. The pressure of doing all their work, parenting and daily chores whilst staying on top of news and social media or else they’ll ‘lose their touch’. It’s easy to just focus on our children’s screen time and ignore how much it’s impacting our own time. This is a form of projection. We do not wish to acknowledge our own faults and issues, instead only seeing them in others and wanting to correct them.

By setting rules and boundaries on our phone and device usage, we can limit our screen time and enable more interactions with children. By doing this, we give ourselves the responsibility to not use our phones at set times, like during dinner or when you’re picking them up from school. As a result, you will naturally have more meaningful interactions with your child. If it’s really difficult to resist temptation, leave your phone at the other side of the house or in your husband’s pocket instead. Do whatever you need to do to stop yourself from getting hold of it.

If you have work to do but have kids who need distraction, blend them together. Set up some arts and crafts on the floor that they can get into while you work on the sofa with the laptop or fold the clothes on the side. This enables you to still be around them but also get what you need done. 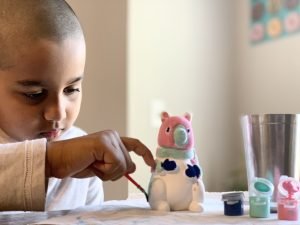 Another method to help reduce distracted parenting is by prioritising what you are doing or taking in. Sure, who won the Oscars is interesting, but do you really need to read a 5 page article while your toddler is waiting for their dinner? We are surrounded by endless news coming from all sorts of platforms; however the tweets and videos won’t be gone in an hour so wait until the kids fall asleep.

By spending less time on our own devices, it opens up the opportunity to do so much more with our children. Just sitting with them in the garden and pointing out the flowers and birds is so much better than semi-watching over them with your phone in hand. It’s fine to give them freedom too! But when you are sitting with your child and physically with them, stay mentally with them too. Put the phone away.

A simple thing you can do is have a to do list. By having a list of things that need to be done, you can see what needs to be done and when. This really helps you to stay organised and worry less about forgetting to do things which are often so distracting. 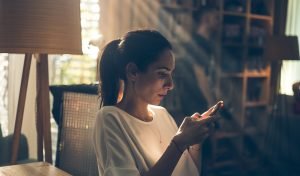 One important thing to remember is to use a notepad and not your phone to make your list because that will still distract you. When you are spending time with your children then do your best to give them your full attention. Your kids will definitely sense when you are distracted and not really paying attention to them. Make sure every screen is off including the television.

If you have more than one child then sometimes one may need more attention then the other. Giving them as little as 15 minutes one to one time during the day can make a huge difference in helping them feel more connected, settled, and calm.

While all these points are important, we have to remember that we are only human and are all trying our best. Parents need to take care of themselves in order to be able to take care of others and they shouldn’t feel guilty for doing that.

Just bear in mind that kids only have one childhood and it really does go fast. It’s only normal to sometimes be distracted but don’t make it a habit and miss out on all those special moments with your children.

A mother of five amazing children and my proudest achievement. I live in London and love being part of a big extended family. My parents and siblings all live near to me and we are a very close family. Birthdays and celebrations are always fun but very hectic with so many of us mashallah. My family and my Deen are the centre of my life. Taking Control Of Your Husband – Intimacy Edition by Shabnam Nazeer