by Hosai Mojaddidi
in Children, Family Life, Life As we Know It, Parenting, Social Media, Teens
2 0
3 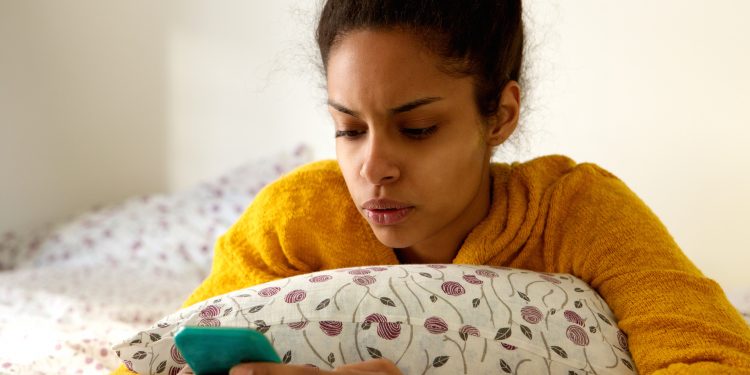 After a few months of hearing from pre-teens and teens about all the craze on TikTok, I finally downloaded it Sunday evening. At first glance, it instantly reminded me of the Vines app which had similar short video clips of people dancing or trying to be funny/goofy. As I continued to scroll up though, I realized why it’s so addictive.

This app is a voyeur’s fantasy land. Not only do you get to peer into the lives of hundreds of strangers at lightning speed, but you get to see them in all of their *ahem* “glory.” From dance videos to lip syncing, to quick “life hacks” and tutorials, to pranks and animal videos, everyone can curate their content to suit their interests.

Sounds pretty typical of a lot of social media offerings these days, but what’s particularly troubling about TikTok is that it’s so pervasive among young adolescents and teens, and we should explore just why that is…

Many unsuspecting parents might think, “what could be harmful about an app that’s used to showcase popular dances and lip-syncing videos?”

Well, sure there’s plenty of that on there, but A LOT of the other things get thrown into the mix as well, specifically overtly sexual content and inappropriate material that children should definitely NOT be exposed to.

In my limited experience on the app, I think for young children, preadolescents, and even teens, it’s incredibly toxic… (maybe a name change is in order? TikToxic?)

“insecure, and incredibly impressionable teens should not be exposed to a seemingly never-ending stream of content”

I’m sure a lot of teens are connected with their friends and enjoy watching their content, but the real danger is the videos which get added to the home screen. They are the most liked or popular ones, which often tend to be from celebrities; people who are incredibly good-looking and promote their vanity without any qualms whatsoever; people who are conventionally unattractive and exploit themselves with self-deprecating humour and performances in the hopes of being accepted; and people with the most salacious and over the top content that makes it difficult to look away even if you wanted to.

I highly encourage parents whose teens have this app to HEAVILY monitor the content they are exposed to instead of taking their word for it that it’s all innocent and fun.

IT ABSOLUTELY IS NOT INNOCENT.

Young, vulnerable, insecure, and incredibly impressionable teens should not be exposed to a seemingly never-ending stream of content that is designed for self-promotion of some, but will inevitably make them feel inadequate, insecure, and bad about themselves. Even if they belt out some laughs in between at the random “innocent” video, it’s hard to imagine anyone who spends even more than 10 minutes on that app could walk away without some feelings of inadequacy, self-doubt, and insecurity!

When you’re young and unsure of yourself but spend so much time watching people (sometimes your age) with near perfect bodies and skin showcase their looks/bodies, talents, dance, exercise, humour, athletic abilities, singing abilities, etc., how can you not walk away feeling like you don’t measure up?!

And when you’re struggling with your self-confidence and you see countless people parading themselves and being rewarded with popularity, compliments, and accolades, while you may feel insignificant and completely invisible in your own world, how can you not feel bad about yourself?

Think about the consequences of these things on an average person and then how much worse it would be for a teen. Parents, please do your own research and ask your teen(s) to let you explore the app for a few minutes. See for yourselves what your teens are spending sometimes 3-4 hours a day or more on, and then see if there are any behavioural changes you’ve noticed in them lately that may be rooted in what they’re being exposed to on the app.

“May Allah ﷻ protect our children and our communities from the increasing fitna of this time. Amin.”

For over 20 years I've had the honour of serving the Muslim communities in the greater Bay Area and Orange County/LA areas as an organizer, teacher, spiritual counselor, mentor, and mental health advocate. Seven years after launching Mental Health for Muslims with Dr. Nafisa Sekandari, I am now teaching classes once a month at Ta'leef for women, as well as offering workshops and other talks to Islamic schools and masajids for the greater community. I continue to write regularly on Facebook and for other publications and have many exciting projects to look forward to ahead! http://hosaimojaddidi.com/ www.mentalhealth4muslims.com https://www.facebook.com/hosaimojo

Dear Daughter by Naadia BE