The prophetic mission was not only to create the unmatchable giants of our Sahaba, part of it also involved keeping those struggling Muslims within the boundaries of the religion too.  Today we have many Muslims barely holding on and their stories are deeper than we may realise

In every society, humans often have a complicated relationship with their faith. This may not even be a result of any theological contention, but from a myriad of personal and deep life experiences which have shaped their entire outlook. It is easy to look around at the struggling Muslims within our community, workplaces, even our very homes, and judge their lack of religiosity as being evidence of their personal shortcomings. However, the factors which may have enabled you to have a flourishing connection with your Creator may have been the exact things which were absent or twisted for others.

When we look at Muslims within our community, it is important to remember that the majority of the iceberg- the core of what makes them who they are- is hidden well beneath the surface. Truly sharing Islam means interacting with the whole of what makes that person who they are.

The following are real-life examples, no doubt common enough to be considered archetypes, of situations where what we see on the outside does not reflect the person’s life journey.

The non-hijabi in the ‘righteous’ family

She is the only one of her devout, hijab-wearing, beard-sporting praying family who neither wears hijab and struggles hugely with her prayers. “There’s always one”, says the tutting aunty, “it’s a shame she turned out like that, though her family is so good”.  She’s been called the Ramadhan Muslim, the ‘half-hijabi’, the coconut and her parents hope that her presence within the family won’t deter good matches coming for their other daughters, the ones who have actually turned out well.

What nobody could hope to know was that this girl was level-pegging in religiosity and being a ‘good girl’ until a trip ‘back home’ to Pakistan at age 9 destroyed the foundations of her belief. One-to-one Qur’an lessons with a trusted maulana led to regular molestation. Not any kind of molestation however, one with an openly religious angle. “Allah likes it when I do this, if you don’t like this, you’re going to Hell”. An extended period of silence upon returning to the UK meant her mother forced out of her what had happened. The justice? A hard slap for accusing somebody so respectable and “keep your mouth shut about this”. That was the end of her connection to Allah and everything she thought He was.

“Isn’t he embarrassed, going out with his sons with their beards and thobes, while he’s clean shaven and avoids the masjid like the plague?” If you catch him during a rant, this uncle may well give you a list of all the reasons Muslims are failing in the world today. Why the West has proved its superiority in terms of medical, scientific and technological advancements while Muslims are still bombing their own mosques. He sounds like every self-loathing Muslim, perhaps with a case of internalised Islamophobia you might diagnose. He’d rather stay away from any community gatherings and prefers to buy his meat kosher rather than halal, he trusts the Jewish community’s hygiene standards more.

What nobody would hope to know is that this uncle memorised a generous portion of the Qur’an while attending daily madrassa back home. Mistakes were corrected with a stick and families gave absolute authority to teachers over their children. When Neil Armstrong landed on the moon, the local Mullah told everybody this was kufr and whoever believed it was not a Muslim. It was haram to cut your nails on a Wednesday and not standing up for your teacher when he entered the room had a specific punishment in the grave associated with it. The punishment list was long and the madrassa teachers would devote lengthy time to regale stories of 8 headed snakes with metre-long fangs who would delight in ripping apart your flesh for any transgression the teacher had decided that morning. This boy grew up, left ‘back home’, had children, became an ‘uncle’ and worked diligently to provide a life for his family. What never left him was the association of everything he was told was Islam and how the child in him never recovered from the childhood spent hearing of it.

“He’s doing his Masters in Philosophy, of course that’s going to mess you up as a Muslim”, the brothers in the ISoc prayer room scoff.

It’s true, he hardly ever shows up to prayers and twice a year during Eid, he might duck in and out. The brother they are talking about comes from a broken home, where his Muslim father left him as a toddler to be raised by his Christian mother. Exposure to the Muslim community was limited, because, how exactly is an Irish Catholic single mum supposed to know how you get in with the local Muslim community? Her statues of the Virgin Mary litter the house as do printed posters of all the Saints.

Watching debates between Muslims and Christians at school left him appalled at the manner of the Muslims and the incomprehensible idea of the Trinity alike. He still, on some level, identifies as a Muslim. It is the one thing which ties him to a Muslim father who may one day remember he has a son. For now, he is mixed up and lost but attending Eid prayers is one lighter type of religious gathering which he can honour. Maybe one day he’ll pluck up the courage to attend a jumuah prayer on campus, if only anyone would invite him.

One of the better definitions of empathy is to sincerely see other people being as complicated as you see yourself.

We all know ourselves pretty well and even the vices that we indulge in, we may be able to trace to a root cause only we know about. Every other human comes with a history and life experience just as rich, complicated and sometimes as dysfunctional as your own. The practice of Islam was never intended to create ‘cookie cutter’ Muslims who outwardly conform and inwardly follow the same dogmatic path. The vibrancy and strength of Islam comes from how it heals and enhances any and every type of life experience human beings face.

There are Muslims who don’t practice, who are filled with doubt and who have open disdain for the community. These are all symptoms of a deeper malady. Addressing that malady directly requires patience, compassion and mercy. All of those ‘soft’ skills which happen to be incredibly hard at the same time.

If you believe yourself to be an observant, practising Muslim (whatever those words mean to you), remember your engagement with those struggling should first begin from a point of empathy. Showing your complete humanness will do more to establish a common foundation with a struggling Muslim than many of the polished ayaat and ahadith which they just may not have the capacity to absorb.

There are plenty of Muslims on the edge out there, however there are enough believers who can extend a hand of compassion out to them, to bring us all back onto stable ground. 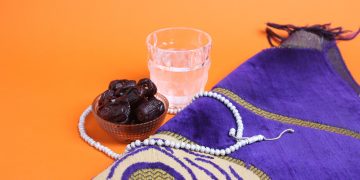 Tasting the Sweetness of Ramadan as a Busy Mum

All About SIDS by Yasmin Kareem

This Is Not Your Journey Mum by Aliya Malik