Murdered In Canada For Being Muslim by Ajmal Masroor 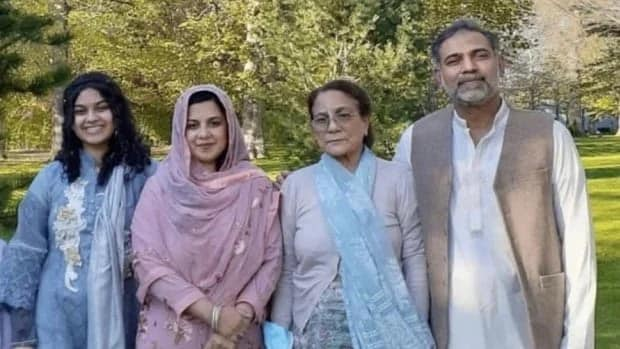 On Sunday June 6th at 8:40pm, the Salman Family were targeted in a hate crime on their daily evening walk when a 20 year old white male, Nathaniel Veltman, murdered them with his truck and drove away. All family members, aside from 9-year-old Fayez, have since passed away. Fayez was in stable condition and in hospital at the time this was written. This attack was confirmed by the London Police to a be premeditated hate crime against muslims, the perpetrator was arrested and charged with four counts of first-degree murder and one count of attempted murder.

Now imagine if a Muslim man drove a car or truck into a white European, American, Canadian, Australian or New Zealander family walking on the pavement and mowed them down to their death, what level of media coverage would you expect? What would be the extent of global outcry? I can tell you what would have happened. TV schedules would have been changed to offer live broadcast from the scene, radio show anchors would have interrupted all programmes to talk about the “Islamist” threat and terror plot, there would have been minute by minute account of what happened, a massive lineup of experts offering their analysis would have been broadcast for hours on end, politicians from most major western countries listed above would have been lining up to offer their deepest sympathy and firmest condemnation and social media would have been awash with all sorts calls for actions against the entire Muslim community. And you would have seen a few Muslim leaders called to account, questioned and made to apologise.

Sadly and disgracefully the global media outlets and politicians do not see Muslim lives in the same way as they see western and white lives so they decided to not make much noise. Most media in the west did not even bother reporting the story. Most western politicians did not even feel any compassion for the loss of innocent Muslim lives. There is no global outcry or grief for the tragic loss of four innocent Muslims in Canada, killed because of Islamophobia that has been shaped, nurtured and fuelled by the incessant and obsessive anti Muslim and anti Islam reporting by the media. 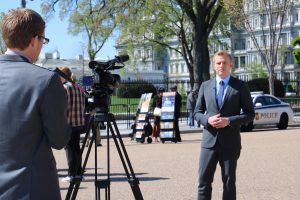 Those who were killed were highly accomplished people in the society. Mr. Salman Afzaal (46) was a physiotherapist and beloved member of the community – whether at his local cricket matches or at the Mosque. His wife, Mrs. Madiha Salman (44) was in the process of working towards finishing her exams to obtain her PhD at Western University in Civil engineering; she was a brilliant scholar and a caring mother and friend. Yumna Salman (15), their daughter, a loving friend to many, was finishing her grade 9 year at Oakridge Secondary School. Accompanying the family was Yumna and Fayez’s grandmother (74), mother of Mr. Afzaal, who was a pillar of their family and cherished their daily walks. The family is survived by Fayez Salman (9) who is currently being supported by his extended family.

In one act of hatred a whole family has been wiped out. The questions I have are:

Who is responsible for fanning anti Muslim hatred and bigotry?

Who is responsible for making Islamophobia fashionable?

Who is silently supporting the global rise in Islamophobia?

I know who is responsible for the tidal wave of anti Muslim bigotry and Islamophobia. I squarely blame the islamophobia industry in the west who spend hours and billions in churning out fictitious threats posed by Islam and the Muslims. They lie and produce totally fabricated stories about an “Islamist threat”. Whatever this notorious and noxious term means, it has come to denote Islamic lifestyle of all forms. They produce inauthentic reports about Islam that sit on the tables of policy makers, cabinet ministers and even head of states. Western governments’ domestic and foreign policies are often shaped by these unscrupulous reports written by many shadowy, shady and shoddy experts. I even know British cabinet ministers and American representatives and senators who have founded and sit on the board of many of these organisations.

Unlike other political leaders Canadian Prime Minister Justin Trudeau on Tuesday called the killing of four members of a Muslim family mowed down by a pickup truck “a terrorist attack.”

“Their lives were taken in a brutal, cowardly, and brazen act of violence,” the Prime Minister said before the House of Commons. “This killing was no accident. This was a terrorist attack motivated by hatred in the heart of one in our community.”

I want to hear each and every head of state across the western nations stand up and say the same thing as Justin Trudeau. It will serve a severe blow to the Islamophobia industry and make such behaviour unfashionable and unacceptable. I want political leaders, media punbits, broadcasters, journalists and academics to acknowledge that a Muslim’s life matter too. However, when influencers are silent the message sent is very grim.

This shameful collusion must end now. Islamophobia must be eradicated from our world immediately. We must make Muslim lives matter a reality in the west. 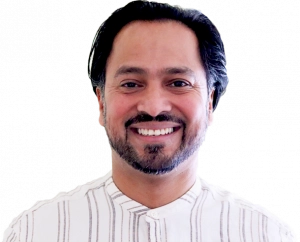 Ajmal Masroor is a Bangladeshi-born British Imam, broadcaster and politician, author and public speaker. He is well known for being a television presenter on political discussions and on Muslim channels. He is currently working as a Relationship Counsellor and Mediator at Barefoot Institute. You can buy his books about marriage here: https://barefootinstitute.com/bookstore/

Ajmal Masroor is a Bangladeshi-born British Imam, broadcaster and politician, author and public speaker. He is well known for being a television presenter on political discussions and on Muslim channels. He is currently working as a Relationship Counsellor and Mediator at Barefoot Institute. You can buy his books about marriage here: https://barefootinstitute.com/bookstore/ A Suitable Spouse By Rasha Kareem