No Result
View All Result
Home Education Back to School

by Nafisa Rahimi
in Back to School, Children, Education, Featured, Motherhood, Parenting
0 0
2 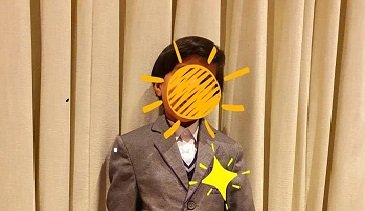 As I sit here, feeding him porridge and bananas whilst he innocently plays with his hot wheels, I can’t help but feel so much trepidation in my heart. My little leap-year baby who was born at 36 weeks, who had exploded out of me with no warning, literally. He, who tore me to my core and at times, four years on (officially at ‘1’ years old) I am still healing from. 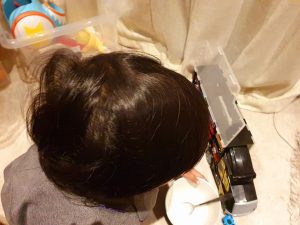 I have so much worry for this little firecracker of mine…

Out of all my children, he is the one who needs me the most, even more so than my breastfeeding 21 month old! When I just move to the next room, he stops whatever he is doing, including playing with his precious Paw Patrol toys and runs after me. Sometimes I come out of a much needed bathroom (ahem, really ‘me’) break only to find him asleep outside the door as I had taken so long to come out! He is the guy who all mums dread and NEED a break from, as his demanding ways are way too ‘princely’. I remember sometimes struggling with his 2-3+ old behaviour traits.  I once counted that I had gotten up to do his bidding about thirty times in the space of one hour. I remember my aching body when I was pregnant with my fourth whilst trying to parent him. At the time, I felt it was my biggest challenge ever and I’m ashamed to say how I almost regretted naming him after two powerful and strong Prophets (Adam Alyasa). The poor mite had no chance really!

Out of all my children though, this little fellow got the least quality attention. He didn’t have as many outdoor experiences as the others. In fact, I would go as far as to say, he was rather neglected when you assess how much energy the boy needed to burn. I do feel I could have done more and failed him somewhat. With pregnancies, new projects, lockdown and covid-19, the poor kid had a lot to deal with. He definitely would have benefited from staying with me one more year at home, so I could have given him more time to mature. Alas, it was not meant to be and at the age of four he is now starting Reception. 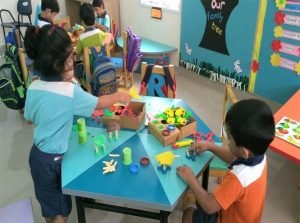 Reception! I cannot believe it! This baby of mine, who I really can’t see sitting long enough to read or even do his numbers, is somehow expected to write full sentences in six month’s time isA(!) It boggles my mind! Somehow, somewhere, by Allah’s mercy he knows his phonics and numbers but I don’t know how it happened. Every time my other children tell me what he knows, it blows my mind. He never sits with me long enough for me to find out! He can name all the dinosaurs and the fish families but with me, he will intentionally say random words just to annoy me.

He is that kid who would shout out to the delivery man ‘Bye bye bum-bum!’ in order to shock and awe! I cringe at his nuttiness.

He is the kid who can literally render me speechless.

People tell me how hilarious he is and all the people who have met him, just love him and find him so entertaining. He does make me laugh. Life with him is certainly not dull.

This kid. This shadow of mine. This unpredictable little being. I haven’t yet mentioned the other side.

He has the most lovable heart. He loves me so much, completely unconditionally. He cries if my voice sternly tells him off. He is so sensitive to people’s emotions. He shares his sweets with everyone. He loves to understand and once we give him a reason, he follows suit. On holiday recently, his anxiety for his family was through the roof! He truly believed if any one of us was out of sight, we would be lost so he made sure he kept an eye on everyone staying together. A little Daddy-in-the-making. Underneath his macho exterior, he was just a gloopy teddy bear! 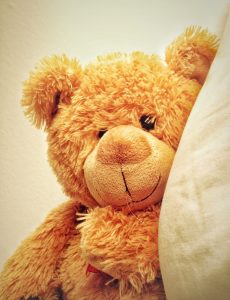 As I sit here, I wonder what I will do with this odd time. My baby keeps me occupied, but I always had two! I had one to manage and one to contend with. My little baby Adu, literally kept me on my toes. I dreamt of this time where I could sit down at the computer to get on with my stuff without being interrupted every 10 minutes. Now, without him to boss me around, and without him to fight with the baby over toys, my 21 month-old is free to roam around himself, not really bugging me at all. I should be making the most of this time and catch up with all my work, but instead I find myself missing being needed, interrupted, annoyed, bamboozled, frazzled, exhausted, hugged, loved, cuddled…

Instead, I find myself making constant dua for him, my broken heart left behind in his little hands that gripped me so tightly, silently begging me to stay. 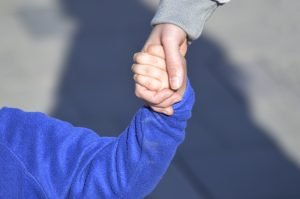 Funnily enough, my eldest daughter started her secondary education today, but somehow, that didn’t hurt as much as this.

May Allah protect all our little hearts, those in big schools and little. Ameen.

Alhamdulillah for all mercies.